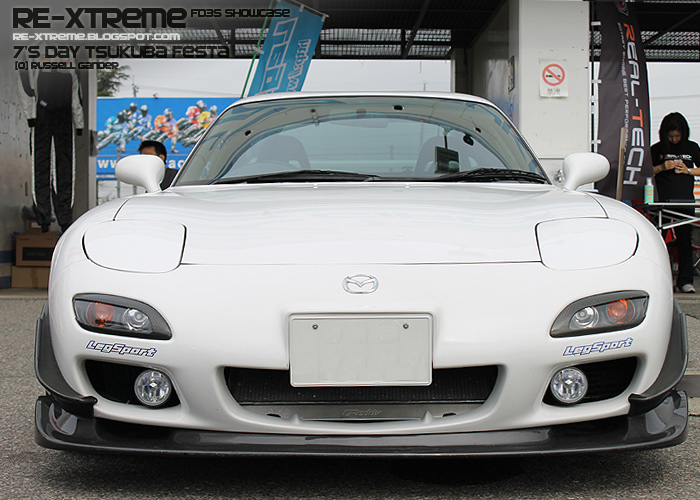 Leg sport have built some awesome time attack and street cars in the past. These days their focus is on street tuning with a "club spec" feeling. 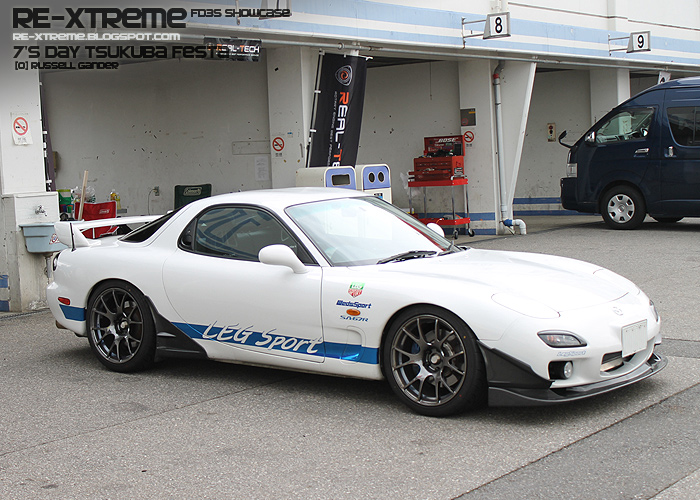 We've seen the 7 up close before, so I won't spend too much time on it. Less to say, there's a new front bumper in the works. Secretly, you can expect a nice carbon lower lip and some changes not unlike their new GT Spec RX8. 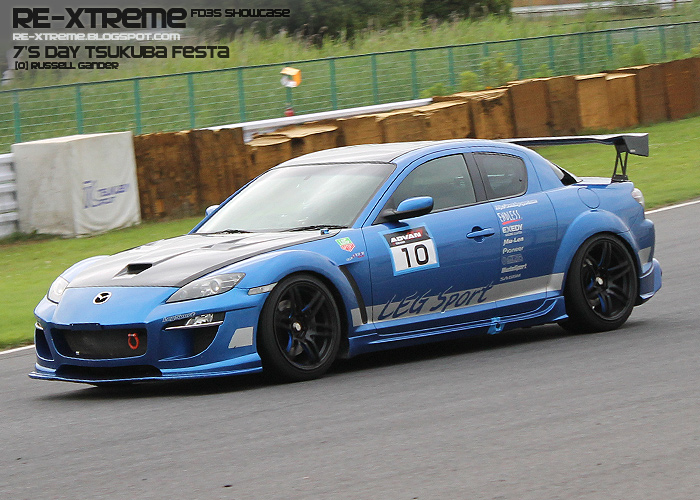 Their other car is the RX8 that has been developed for the weekend circuit runner. A lower cost machine that still delivers great grip and can dispose of those unaware of the RX8 capabilities. 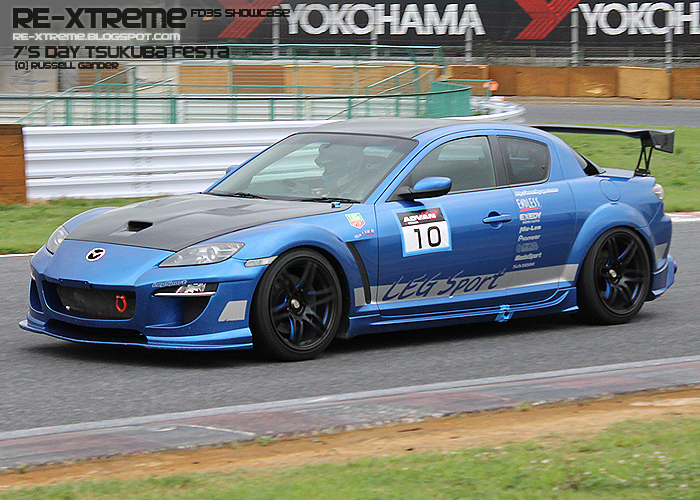 Full Aero set defines their style and that funky rear wing has some serious angle. 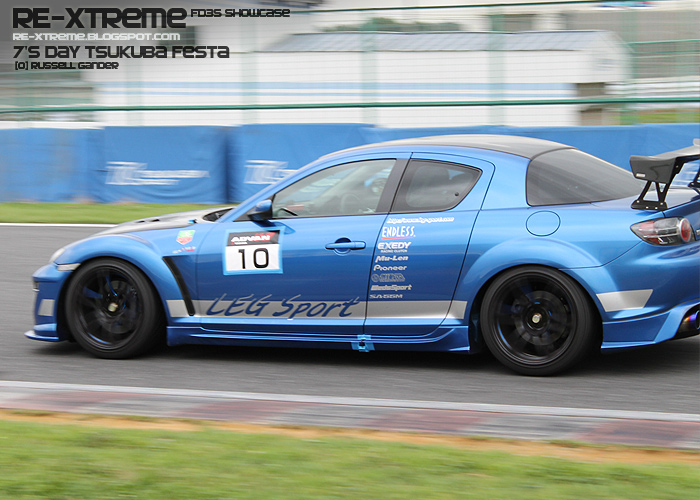 The GT-3 type stripes kind of define the "CS" club sport style and philosphy well. These cars are capable to handle the abuse of the track, then drive home in "relative" comfort. 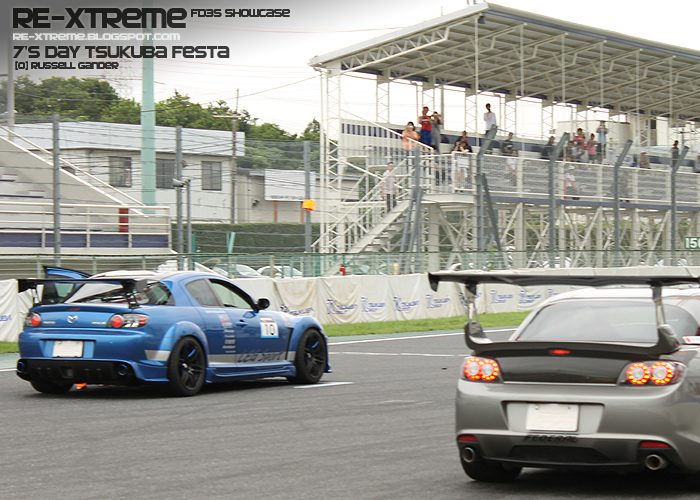 Their main rival is of course the R-Magic 8 which is of a similar level of tune.

When the black Revolution 8 TA machine can return from the race, the driver out of car, the Leg sport and R-Magic just returning to the pit, you understand the difference a 20b full time attack spec machine makes.

But also the difference in price. 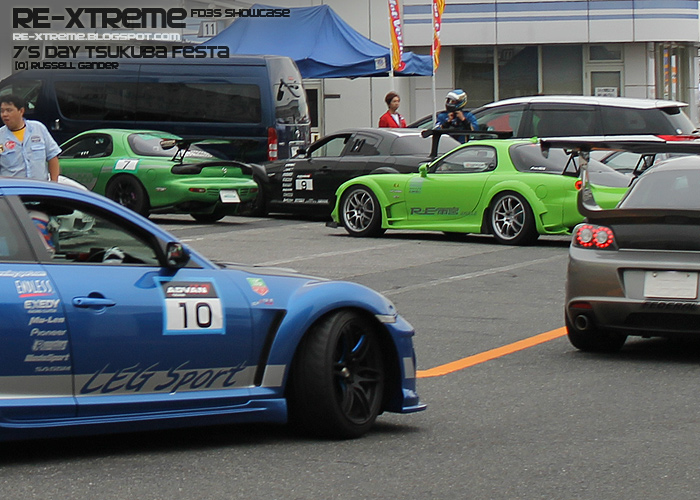